Home Electric Bikes How Does An E-Bike Ride Without The Battery? | Battery Vs No Battery

– The battery is a really
important part of your e-bike. Obviously it powers you up the hills with all that assistance to the motor. Now we often gets asked
the question here on EMBN about riding your e-bike
without a battery. So today we've come to
417 Bike Park to see how it affects your ride without
a battery in your e-bike. (energetic music) – Now why would you choose
not to have the battery in your e-bike? Well there's quite a few actual reasons. And first up it's going to be
traveling with your e-bike. No airline will allow
you to fly with an e-bike with a battery installed. It's usually a case of
getting to your destination and renting out a battery.

Now the destination you might be going to might be chair-lift
assisted or gravity Focus, then it might not be such a problem. So when it comes to riding
trails with chairlifts you might find that
e-bike with the battery in will exceed the chairlift's
actual weight specifications. So by removing that battery
you're going to bring the weight of that bike down and allow you access to that chairlift. Next up is the forgotten or flat battery. Now we've all been there. You think you've put
your battery on charge but you arrive at your riding destination and either you've forgotten the battery or it's flat. Now you might want to shed that battery just to avoid have that
dead weight in the bike. So if you're riding in a
gravity assisted bike park like we are here today, removing the battery might
make the bike a little bit more nimble and a bit more
active out on the trail.

(electronic music) – So I've just whipped the
battery out of my Spectral:ON and already it's feeling pretty sprightly just in the car park. So hardest bit is going to
be getting out the way first. This is the climb. We're going to time it
up and down the hill without a battery. So let's go. (energetic synth music) – [ Presenter] Now one part of this ride I am looking forward to
is seeing what descending feels like without a battery. Still got the weight of the
motor but losing that battery 2.4 kilograms out of the
bike, that's quite substantial seeing as this bike
weighs I think 22 kilos, can take it down to
around 20 kilos itself. All right, it's a bit flatter here. I can deal with this. (electronic synth music) – Oh my god, oh. Six minutes 55 seconds of
pure heartburning slog. I would definitely not
recommend that on an e-bike without the battery in. I think even on a standard
mountain bike that would be quite a slog. I think if you are going to
do any climbing on an e-bike without a battery just make
sure you've got an uplift or a chairlift.

That was no fun at all. Right, now the piece that
I've been looking forward to. Now I've been dying to
ride an e-bike down a hill without a battery. But am I going to lose a bit of speed because I haven't got that weight? Or is this bike going to
feel a lot more nimble, and a lot more agile? – [Presenter] Only one
way to find that out. (energizing music) – [Presenter] Stop the clock. One minute 31. No battery on the downhill. Now I cased a couple of
those jumps at the bottom. The bike just didn't feel
like it had enough pop, so maybe when I stick the battery in it might change things up. (electronic music) – So some bike parks don't
actually allow e-bikes at the park themselves so
the only way you're going to get round it is by
whipping the battery out and getting on the uplift
up to the top of the hill.

No pushing your bike, simply jump off the uplift get on your bike without the battery and shred down the hill. Right so that's the uplift done. That was super speedy to
get to the top of the hill. A really efficient way and probably the fasted too by my watch. But the only this is, I'm
not feeling that warmed up. I've literally got off the
van, jumped on my bike. Now I've got to shred down this track. If I was to ride up, I
think I'd be warmed up ready to nail the run straight away. – [Presenter] Let's see anyway. Let's go. (energizing music) – [Presenter] So there you go. One minute 28 seconds to do it with no battery after the uplift. Now that's pretty interesting. (electronic music) So finally we're back in business. The battery is installed now in the e-bike the way it was meant to be. Now I can't actually wait
to ride up this hill. I was dreading it with no battery but this is the way it was meant to be. – [Presenter] Let's go. Right, boost mode.

Engage. (energizing music) Wow. Now that was a load of fun. That is what e-bikes were designed for. I feel like I've done that in
literally in half the time. And I'm feeling refreshed. I can literally drop straight
into this trail and shred. I'm not stood here for half
an hour catching my breath before I drop in. So on both of those runs without a battery the bike felt really
skittish in the corners, a lot less grip purely because that low
down weight wasn't there. And also on the bigger jumps
I couldn't preload the bike into the faces as much
as I can with a battery. I felt I was coming up
short and a lot more effort to get that distance on the jumps. So I've plugged the battery in. 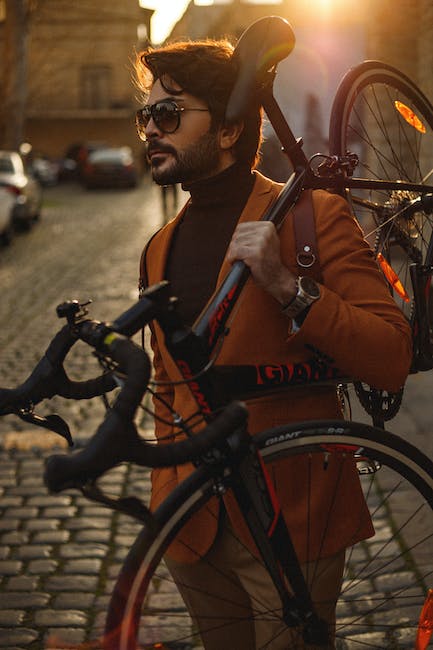 Time to hit the downhill. – [Presenter] Straight
away that first step down felt so good. These corners are way better. (energizing music) – Wow. Now that felt pretty good. It felt way more planted. I think even just braking
I could feel the bike hooking up into the dirt way more. That weight down low. Even on some of the jumps
I could preload the face so much better as well.

The bike felt a lot more planted, loads more stable in the air, and even on the down slopes
I could feel that weight generate even more speed out of the trail. So my day is done here at 417 Bike Park and it's been a really
good day on this bike, with and without the battery. There's been some
interesting things going on. So I think we head back to the shed and analyze all this data. – Right, so let's take a
look at all this data then. So the actual climb we were riding up was three quarters of a mile long. 276 feet of elevation. The uplift however had a
bit more of a direct route.

But the burning question
you guys want to know is what was faster up and down the hill. Well let's kick things
off with the uplift. Now this was the fastest up the hill, with a time of two minutes 43 seconds. However, we didn't factor in the account of loading and unloading
bikes which obviously added a bit more time to it. It was the least amount of effort because I was just sat in a van although my heart rate reached
a max of 145 beats per minute on the way up in that van. Now I don't remember the
uplift driver being that scary! Now, second place. Battery in. Two minutes 59 seconds up the hill. I rode up in boost mode the whole way, average speed of 13.6 miles per hour. My max heart rate was 139 beats per minute so six beats lower than the uplift.

So in last place as expected battery out. Now this was the slowest
way up the hill by far. Slogged my way up, six minutes 55 seconds. Heart beating out of my chest, literally. A max heart rate of 144 beats per minute. Okay, so this is where
it gets interesting. This is the times down the hill. Now in first place was
the battery in the bike. So I put in a time of
one minute 24 seconds, hit 25 miles per hour on the way down, had a max heart rate of
131 beats per minute. I think this was because I've
basically ridden up the hill. I was all sort of ready to drop in. I felt warmed up and I was in the zone. Smashed it on the way down. So in second place was no
battery after the uplift. Now my time was one minute 28 seconds. That was four seconds
slower going down the hill than with the battery in the bike and interestingly my max heart
rate was 123 beats per minute which was the lowest overall
on the day of the three runs. Probably because I'd been
sat on my bum on the uplift, my muscles weren't warmed up and I found it pretty hard to
get in the zone on that run.

And in third place, no battery
after climbing up the hill. Now this was the slowest time of the day. One minute 31 seconds. So a whole seven seconds
slower than with the battery in and almost two miles per
hour slower on average. Max heart rate was 125 beats per minute and I felt pretty tired
after riding up that hill so I had to sit around and catch my breath and when I dropped in it
took me a little while to get back in the zone
and feel good on my bike. Hence, the slower time. So some pretty interesting
data and times there. Now we get asked the question
quite a lot, "Does removing "the battery out of the
bike going to make it more "agile and nimble?" Now actually I think when
I removed the battery the bike felt a lot more skittish and a lot more less planted
than it does with a battery in.

I think with the battery
in you've got that nice low down weight that
gives you increased grip. It makes the bike a lot more predictable and it corners and jumps a lot better. Answering that question,
"Can you ride your e-bike "without a battery?" Well yes, you definitely can. I think it's a really good
option if you're traveling with your e-bike or if you
need to shed a little bit of weight out of it for the chairlift. However, you will not
catch me riding my e-bike up a hill without a battery. But that's it for today's video. I really hope you've enjoyed it. Drop some comments in the box below about whether you guys have
ridden without a battery on your e-bike. Give us a thumbs up if you've enjoyed it. Don't forget to subscribe to EMBN by clicking the globe in
the middle of the screen and we shall see you next time.