Hey, what's up? This is Mikey at Blue Monkey Bicycles and
in this video we're going to talk about mid-drives vs hub-drives! *intro Alright, so first things first; what's the
difference between the two? A hub-drive is an electric bike motor that
is right in the middle of the hub, or in the middle of the wheel (usually in the back wheel). Now that motor gets a little bit of juice
from the controller and then the motor starts to turn and then through the spokes onto the
tire, and the entire bike gets moving.

That's a hub-drive! Now a mid-drive on the other hand is an electric
bike motor that (instead of in the back or the front of the bike) it's right in the middle. Usually this means that it's in-between the
pedals. So, like, there's the pedals, there's the
cranks and Boom! that's where the motor would be. That's the difference between the two. Let's focus on just one for now which is the
hub-drive and we're going to start with the Pros. Now first up, hub-drives are cheap. From a manufacturing standpoint they can be
attached to a variety of different frames with just a few minor tweaks. So the designer has a lot of room to work
with the rest of the bike.

Hub-drives have been manufactured on a large
scale for quite some years. So there's a lot of option for low to high
power options, wheel size, all sorts of stuff. If you want to build you own electric bike,
then a hub-drive is an excellent way to start. If you want to learn more about conversions
you can click on this video; hear our take on it. So, another thing about hub-drives is that
they're actually very peppy. Here in the states, usually a hub-drive bike
will have a throttle that expressly engages the motor without pedaling, and then off it
goes. Like a rear wheel drive car a hub-drive in
the back of the bike has this pushing effect, almost like rocket propulsion.

And it's a lot of fun, let me tell you. If you haven't tried it yet, you really should,
it's a blast! That's the main reason why I, myself, ride
a hub-drive every single day as my daily driver electric bike. I have really long stretches of road where
the top speed and the pep is very much appreciated. Now another thing is that hub-drives don't
need a chain to operate. If the chain breaks, or more likely if the
rider is tired, then you can engage the the throttle and the motor without having to use
the pedals at all (because you don't really need the chain), and then the rider can get
home to safety without being stranded. So this is actually the main reason why we
recommend a hub-drive for folks using an electric bike for serious rehabilitation.

So, it's a pretty good plus. So let's talk about some of the cons of the
hub-drive, because they do have some. Now the elephant in the room is the weight
on the back wheel. Yes, those wheels can be difficult to remove
from the bicycle. It's not super complicated, usually just washers
and a plug, but it can be very overwhelming and if it's not on there right then the entire
bike just feels really weird.

If you switch out tires often, then a hub
drive can really be a drag… Another sizable issue is that putting the
motor weight either on the front or the back of the bike away from the rider has a pretty
big impact on front to back balance. So, it's not really a big deal if you plan
on riding on the road or pretty casual, but when you get off-road into the trails it makes
a big difference to have that weight bulking you back or kind of pulling you forward. So if you intend on riding some outdoor trails…
well I guess they're all outdoors… if you intend on riding off road trails, then you
should intend on looking into a mid-drive electric bike.

Speaking of mid-drives, let's talk about pros
that a mid-drive has. Mid-drives are the newest innovation to really
take hold of the electric bike market. A few years ago a professionally made mid-drive
electric bike wasn't easy to find. But now, almost everyone has their hat in
the ring: Bosch, Shimano, Yamaha to name a few. Surprisingly electric bike batteries haven't
changed too much in the last few years, but the motors have. If you want the latest and greatest, then
a mid-drive is in your future. Mid-drives are also much more natural of a
biking movement. With a hub-drive on the other hand when you
twist the throttle (or depending on how the pedal assist is actuated) it can feel like
a scooter, or a dirt bike. 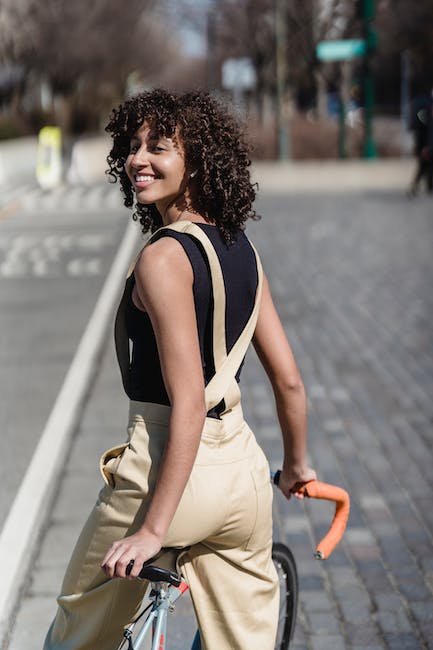 But with a mid-drive (most of them don't have
throttles) and so when you get on and you pedal (you have to pedal by the way) it has
this very zen experience. Y'know, you go a lot farther, a lot faster,
you get to see a lot more of what you're going after The real thrill of cycling all comes
back to you. It has the very built-in reward system to
it. It's really, really a lot of fun. Mid-drives also have superior balance, and
that's just true. Having the system smack-dab in the middle
is really really nice for off-road trails for knarly riding and especially downhill.

The mid-drive can feel like a mountain goat;
leaping up to precarious heights that seem impossible in some ways. But the hub-drive (depending on how powerful
it is) it can feel kind of like a moose that sort of skattering up almost pushing the hill
out of way… Mid-drives aren't all fun and games though… Well they are, but let's talk about a couple
of Cons.

The first is that a mid-drive motor (because
it fits right inside the bike frame) has to have a bicycle frame literally designed around
it. Now because of that sometimes mid-drive bikes
can have a higher price tag. Hey, a designer's got to eat too. This hasn't really been the case, it's been
kind of dying down the last little while we've noticed that because we've seen other electric
bikes come out riding the coat-tails of the previous one, designs are being used from
one company to another. So honestly, this isn't as big of an issue
as it was a couple of years ago. But it's still something to look out for;
if you see a really expensive mid-drive electric bike that could be one reason. It could have two batteries on it… but…
that's a different story. But the big issue facing mid-drive bikes is
actually stress on the chain. So on a regular mountain bike when you're
climbing up a really steep hill: you stand on the pedals and put a lot of stress on that
front cog, and therefore stress on the chain, and that's all fine and good.

That's what bikes are made to do. And that's the parts that exist in the market
right now. When you add a motor into the equation, suddenly
things get a little bit… risky, we'll say. So when you're standing on the pedals putting
a lot of stress on it AND you have the added stress from the motor putting torque on that
front cog; the chain has too much, and the chain will break. That has happened to us, on mountain bikes,
but only mid drive mountain bikes. There are a few mitigators that are coming
out into the market, such as Haibike; they have a cog on top of the frame that acts as
a uh… kind of span out the stress over a larger area… I guess… I'm actually not a designer so… I assume that's what it does. Also, they're stronger chains coming into
the market from the regular bicycle manufacturing world. So as time goes on this will not be as big
of an issue for steep climbing but right now if you plan on climbing a really, really steep
hill, there is a very good chance that your mid-drive mountain bike will snap a chain.

So, be aware of that. Alright, so who's the winner between hub-drives
and mid-drives? Well, it's you the customer because you can
decide which one best suits your needs and thats why we're here, so we can help you make
that decision. Right now, neither one of 'em completely overlaps
the other in all of their uses, so there's still a lot of options to choose from. SO I hope you've enjoyed this video and learned
something. If you want to check out the other VS Series
such as batteries and direct drive / geared motors or something like that feel free to
click on the info tab and learn more.

Or you can check out our web-site where we
have a lot of this information in one place, which is bluemonkeybicycles.com.