– Let's set up a bike. (upbeat music) Hi everyone and welcome to pal2tech. We have a very special product
to review on today's video. Let me introduce you
to the brave new world of Electric Bikes and the Velowave Ranger. Priced at about $1,500, this is obviously not a cheap purchase, however for an electric bike with these motor specs and features, it's actually a very good price for the type of bike that you're getting. Before I go any further,
let me say that Velowave reached out to me and asked if
I wanted to review this unit or this bike and I was actually
gonna write back to them and say, no thank you. In fact, I started composing
that no thank you email back to Velowave. When I was younger, I used
to go riding all the time. My dad taught me how to ride and we used to go riding
together everywhere but as I grew older, I got out
of the habit of bike riding and I just got too busy
these past few years.

I do wanna point out that
this is not a sponsored video. Velowave did not pay
me to review this bike, nor did I allow them any input into the content of this video. They were not allowed to
see it until right now when it's been published for everyone. Now the bike is shipped
to you in one huge box. All the tools and everything
you need to assemble it is included right in the box. It took us about half
an hour to assemble it. I mean really you're basically
putting on the front tire, adding the battery and
fastening on the handle bars. Now once assembled the first
thing I realize right away is that this is a solid
and very rugged bike. The Ranger model has very
large 26 inch by four inch all terrain tires that
I would have no problem taking this bike offroading.

It has all the same
design as a normal bike such as a kickstand, a bike seat, which I found to be soft and comfortable. A fully aluminum body, which
is solid and well built, bike pedals, gears,
handlebar and so forth. But that's where the normal bike ends. Because this is an electric bike, it also has a 48 volt 15
milli amp hour lithium battery installed below the seat area.

The battery is charged
by this AC power charger which is kind of funny
because this is about the size of something that you would see. I don't know, charging a
Dell laptop or something, and yet this will charge this entire bike. You plug it into the little
charging port right here and I can charge the bike bike from zero to 80% in about four hours and I can go fully charged in eight hours. The battery is basically powering a 750 wat high speed geared motor. This motor is hooked into
a seven speed drivetrain and on the right side handle bars, you have gears available for those times that you want a pedal.

You also get a nice electric
headlight for riding at night. Now if you just wanna sit on and ride the bike without
pedaling whatsoever and have the bike do all the work, you can hold down this
throttle switch right here. The bike can go up to about
a maximum of 20 miles an hour on its own without doing
any pedaling at all. A full battery charge can get you riding up to a range of about 25 to 35 miles. Now if you pedal assist, you can go further on a
single charge of course up to about 40 plus miles between charges. This all depends on your weight and the conditions of the terrain. It is so easy to go from
regular bike to electric bike, just turn it on. The display is great and very easy to see while you're riding. You also have five levels of pedal assist, meaning if you put it in say level one, then if you are pedaling, you are doing most of the
work like a regular bike.

But as you increase the values up to five, the bike's motor is going to kick in and assist you while you're peddling and do most of the hard work for you. And this leads me to one of my favorite
things about the bike. The great thing about this bike is that when you're peddling, going uphill doesn't feel
like you're going uphill. Going uphill feels like you're pedaling on flat straight land because basically you are riding the bike with a feel that you're
going on a flat surface but you could be going up a hill. I love that about the bike, so how fast can you go on this bike? What's the top speed? Well, I decided to try it out. 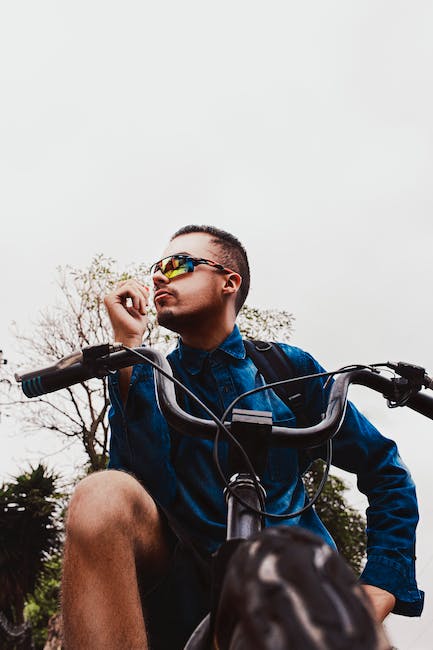 So now we're gonna do a
speed test on a straightaway. I've got a GoPro camera, I'm
gonna mount it right here. And you're gonna be
able to see in real time how fast I'm going in miles per hour. I'm gonna be peddling with
the motor assisting me and I'm gonna have this set to five.

So if you are on a straightaway and you're just sitting on the bike pressing the throttle and not peddling, the bike is limited to
20 miles per hour max. However, if you pedal the bike, you can assist the motor and I was able to get
up to 32 miles per hour on straightaways. Now if you hit a very steep hill, and I mean a very steep hill there will be sometimes
that you're gonna need to actually do some pedaling
to get the bike up the hill. The motor will not be
able to do all of it. Again, very steep hills. But even then when you are peddling, it still feels like you are
peddling on a straightaway. Basically, I think just about
anyone with any fitness level should be able to ride this bike anywhere. However, the recommended
height of the rider is 5.6 to 6.2 feet and the maximum load capacity
of this bike is 330 pounds, and the bike unit itself weighs 75 pounds.

There is a front suspension
system that you can adjust and one of my favorite parts of the bike is the hydraulic disc brakes. They're great, very smooth,
and they don't jitter or shake when you're say, going from
a very fast speed down a hill and you're slowly starting
to apply the brake, it'll smoothly and gently stop the bike. Now, as far as issues are
concerned, I found three main ones although none of them
are really deal breakers, the first is the gear dial which I found to be pretty
much impossible to see while I'm riding the bike. The numbers are too small, it's behind this little plastic housing. It's difficult to see it,
so it needs to be larger and it needs to be easier
to see what gear you're in.

The second issue also concerns the gears and I found it a bit too easy to shift in and out of gears accidentally as I was holding on to
the right handlebar. I did get used to that after a few days but I would prefer
slightly more resistance to switching gears using
the handlebar grip. And lastly, the instructions. Velowave, you need to work on these. The diagrams need to be larger and easier to see the
various parts of the bike as you're putting it together. You have two ways of
installing the front wheel. I didn't know which one
was better or whatever so I just defaulted to the first page. I would've liked to have had a more comprehensive explanation
of the bike parts, et cetera some best practices and so
forth, and more expanded info. I do think that this
would help make the setup much easier for first timers. So my overall gear review opinion is that this is a great bike within 30 minutes out of
the box I was riding it and I've ridden about a
hundred miles on it so far.

It held up perfectly
in all kinds of weather and road conditions. If you are looking for an electric bike look no further for the price
and what you're getting, this is a great choice that
I would recommend to anyone. I also had Velowave agree
to knock $50 off the price and I will have a special code in the description down below this video. I wanna say just one final thing. Up until now, every piece of gear that I've reviewed on this channel has helped me to create something.

A more advanced camera to get
more higher resolution photos. A smoother gimbal to get
better stabilization. A bigger lens to get closer to my subject. But what I discovered in the
course of making this video is there there are things out there that aren't meant to always create something or accomplish something. In trying to describe this bike it's almost as if… (upbeat music).