– [Karen] Hi, I'm Karen Wiener from The
New Wheel Electric Bikes, and I am joined today by Daniel,
who works with me here at The New Wheel in Larkspur as a salesperson. Thanks for being here with me today. – [Daniel] I'm glad to be here. – Daniel is a Vektron rider,
and so we thought who better to tell us about using it? Daniel, what makes you excited about the
2019 Vektron? – You know, it's really
a true Gen 2 product. They've made an already great bike,
the S10 Gen 1, even better. And a new frame design, a new motor, a little bit sportier in its handling,
just more satisfying overall. The Gen 1 S10, which I have is great. I can definitely see myself wanting to
upgrade to this one now. – What did they do with this
new frame design? – The frame itself has been changed in the
rear, and it's a different rack.

The rack is much more integral, with the
battery mounted onto the frame directly and inclined as well as a more integrated
frame, just overall stiffer in the back so that translates to just a sportier,
more solid ride feel. And when you combine that with the new
Active Line motor, which is noticeably more powerful, you get really a bike that
can cruise along at that 20 mile an hour Class 1 top speed. – Just walk me through the component
choices that Tern has made on this bike.

– So they've made a lot of upgrades. One of the first thing that I noticed was
the new fender. They've got this light that's unique to
the Tern line. You also see the same one in the GSD. It's really bright, and you can turn it on
and off with a manual switch or keep it running all the time. It runs off the main battery.
Integrated taillight as well, so you're really safe and visible. They've got these really nice ergon grips
now, Magura brakes, upgraded levers in a really nice Schwalbe Big Apple tires,
puncture resistant, Shimano Deore drivetrain,
really nice quality 10-speed.

Just checks all the boxes.
– I want one. Now, I know there are two models that came
out this year, the Q9 and the S10. Can you tell me a little bit about the
similarities and differences? – So on the surface, they're the same. The frame is the same, they look the same,
they fold the same. And you can use them in pretty much the
same way, but you know, under the hood, so to speak, they're quite different. 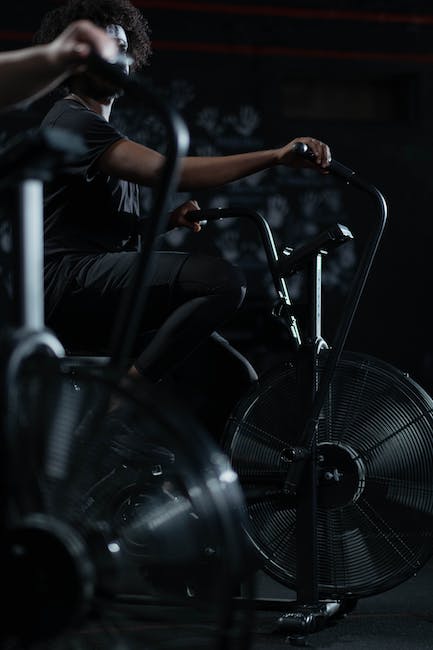 The biggest difference is going to be the
motor, that the Active Line Plus motor in the S10, which is really a
revelation with how sporty and powerful it is, and quiet. Now, add a little bit more of a value
price point, the Q9 has a Gen 2 Active Line motor, the spec essentially of
the old Active Line motor with a little bit more quiet operation. – Great. – I think every family in America can find
a way to put this particular bike into their life because
it's just a unique tool. So many different times when
I've…Instead of taking another bike, I've grabbed the Vektron because it was
just the most convenient thing. You can just pick it up so easily,
and you can maneuver it into smaller spaces. And, you know, the reality is as a cyclist
and someone like me, I get around primarily by bicycle. You're interacting with people
who aren't cyclists. More than one occasion,
I've had a friend who wants to take me somewhere, but I don't necessarily want
to be dependent on the ride back, to be, you know, the guy without the car,
so Vektron's perfect for that.

You just fold it up,
put it into your friend's car, and then when it's time to move on,
off you go. – Freedom. – And it's really just total personal
mobility freedom. You know, if you don't feel safe locking
it up, you know, at work or wherever you're going, you can actually fold up and
bring it inside, and I can guarantee you, you're going to find a lot more places
where you can stash it inside when it's folded up than you can pretty much
any other bike. – That's very cool. And from your experience with customers in
the store, who do you think this is the right bike for? – You know, I think this is the right bike
for everyone. It is also a great guest bike. That's kind of why I got mine with the
idea that, you know, just having an e-bike for myself isn't,
you know, necessarily the whole story, right? You got friends and just having a second
bike available that will fit anyone is such a great thing to have.

It's like you don't have to feel limited
by needing to drive a car just because you have a friend in from out of town. Anyone can ride it, so it's really
incredibly versatile for a great family bike to share between multiple family
members. I think the key to the success of the
Vektron is however, how well it rides as a bike. You know, I've seen folding bikes where
the folding really is primarily all about the fold, it's not
really about the ride. And I'd say with the Vektron,
it's really all about the ride. – Daniel, I have to say, you gave
me a lot of new stuff to think about about this bike, so thanks so much.

– Well, it was a pleasure
being here, Karen. Thank you. And I hope everyone comes down soon to our
shops in Larkspur or San Francisco and does a test ride of the new Vektron. ♪ [music] ♪ – We got some pa-zang in there! – Perfect. Thank you. ♪ [music] ♪.