Check out the Segway C80. It's Segway's first smart e-bike. But I think it's a little more than that. Let's go get some lunch and I'll tell you all about it. Segway. Yes, that Segway. They've abandoned the mall cop-looking scooters of their past and now make some of the most interesting electric rideables on the market. This is their first attempt at an e-bike, but they like to call it an e-moped. "What's the difference" you might as. Well mainly, unlike a gas moped, you don't need insurance to drive this thing around. Segway sent me the C80 a little over a month ago and I've been riding it every chance I get. I've used it to run small errands and I've pushed its limits by riding it over a mountain on a 40-mile day trip. In this video, I'm going to tell you about the bike, what it's like to ride it, and why it's more secure than you might think.

If you found it helpful, all I ask is that you give the video a big thumbs up, which helps us get it in front of more interested viewers like you. Now, about the bike… Alright, let's get the details out of the way. The Segway C80 has a maximum speed of 20 miles per hour and is not meant to be pedaled. The pedals and cranks on this bike are not like traditional ones and can feel kind of awkward.

I literally can not pedal this bike without falling over. But you're not told to use them in the instructions manual. So why the **** are they even there? Well Segway says they're a safeguard in case the battery dies… But I think they're there because by removing them, that would classify this device as something other than an e-bike with potentially more restrictions.

The 24 amp hour battery has a range of about 47-52 miles… Which is one of the longer ranges I've ever tested and definitely held up to the claim on my biggest ride. You can charge it by plugging directly in to the bike… Or you can remove the battery and take it inside like I did. Because at 200+ pounds, this is not a bike you can easily store in an apartment. More on that later though. My favorite part about this bike is how comfortable it is to ride. The front suspension and central shock absorber make small bumps and potholes feel like gentle bounces when you ride it. The C80 has a dual anti-lock braking system with both front disc and rear drum brakes that can regenerate power for the battery.

And the seat… Oh this large squishy seat. It's like sitting on a pillow. I don't know how well it'll hold up long-term… But I've easily ridden for over and hour without stopping for a break. This is by far the most comfortable e-bike I've ever ridden. I'd use air quotes for the word e-bike, but that wouldn't be very safe to do so right now. One of my least favorite things about riding any bike is having to lock it up. I feel like it can really kill the momentum of a fun trip and it can be tough to find a good, secure place to tie your bike to. Segway really focused on making the C80 a seamless experience with its smart security features. This bike does not need a key to turn on. It does have one to open the battery compartment if the bike has no power… But it uses an NFC card or the mobile app for everything else. Just tap one of the two included cards to the display and the bike unlocks and powers up.

Turning off is as simples as holding the button on the right until you hear the chime. You can lock the bike by turning the handlebars to the left, keeping any would-be thieves from traveling on a straight path. But that's not the C80s only security features. It has what Segway calls the RideyGo! Intelligent system. That includes an alarm, an airlock system and a sensor in the seat that detect when anyone is sitting on it. If the bike moves even slightly, the alarm goes off, the tires lock up and a notification is sent to the owner's phone.

However, I should mention that a lot of these "smart" security features require the battery, but so does the bike. Just something to keep in mind. Everything is made easier with the mobile app. In addition to tracking your rides and battery range, it can also enable additional settings and can make the security features easier to use. The bike connects to the app using bluetooth and will automatically lock when it senses the user walk away. And you can use the app to unlock the bike when you return. You can also use the app to set the bike's push assist, auto cruise and regenerative power setting. Which will create resistance in the motor to help charge the battery while coasting or riding downhill. I hated having that setting on though because it made my downhill speeds much slower and way less fun. Plus with a 50-mile range, there's no need to be stingy with the battery. Even though I have full confidence in the bike's security features, that didn't stop me from feeling anxious when I left it outside unchained. 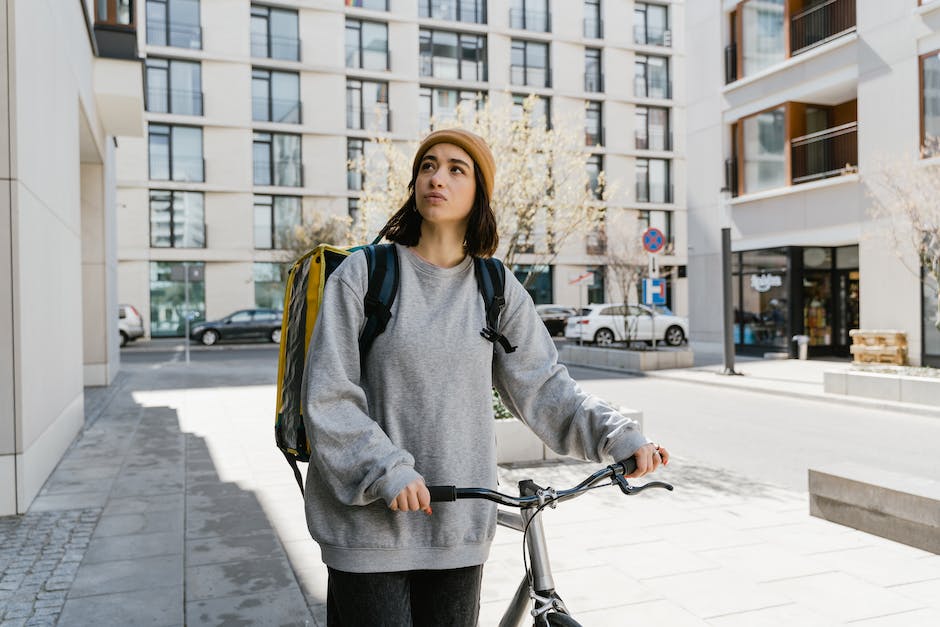 Well, I'm done here. Let's go find a change of scenery and take a closer look at this bike. Alright… Let's talk about how the bike looks. You're either going to love or hate it. Personally, I think it looks really cool and futuristic. At first I wasn't psyched about being sent the yellow one… But after riding it on busy streets, I've come to appreciate the bright colors so cars can see me more easily. However, it's available in three other colors if you'd like. The LCD screen is large and bright enough to read outdoors, and doesn't overwhelm you with too much info. You can use the app for that. The built-in LED lights also get pretty bright, and there's a light sensor that turns them on automatically when it gets dark.

Finally, this bike doesn't have some dinky bell. It has a loud horn. That's all well and good, but how much does it cost? Well considering the last e-bike I reviewed cost $4,000… You might be glad to hear that this one comes in at a cool $2,200. Not a budget e-bike by any stretch, but it's not going to break the bank for some. But before you go typing in your credit card information, let me tell you about some caveats. As I said at the beginning of this video, I rode this bike as often as I could.

Any chance I had to take it over my car was a real treat. But the reality is, I didn't get to ride this bike as often as I envisioned. The biggest reason: storage. There are currently no accessories for carrying multiple items… Though the bike does offer a small hook for carrying a bag. There may be some in the future… But that made my car the most logical option for running errands where I had to carry things that couldn't fit in my backpack…

Which is about 95% of the time. It ended up only making sense to take the C80 out for food or leisurely rides. But if I'm going out for a leisurely ride, I prefer something with pedals you can actually use. Otherwise I get kind of bored. Another downside is that while this rides like an e-bike and can be ridden anywhere e-bikes are allowed… Most people don't know that. So expect a lot of dirty looks from pedestrians and drivers. Pedestrians will think you're riding a moped on the sidewalk or a bike lane… And drivers are gonna get frustrated that you can't go as fast. So if you care what others think of you, I'm not sure where you're supposed to ride this thing. With all that said, I can't see myself owning the Segway C80. I think it makes the most sense for people that live in small towns or beach communities…

But the neighborhood where I live has far too much traffic. And to be honest, I can't store this anywhere in my apartment. I actually went against the instructions manual and stored this outdoors under a motorcycle cover. But I only had it for a few months in sunny southern California, and it's going back as soon as this video is done so… I can't recommend that for a long-term solution. What do you think about the Segway C80? Would you get any use out of it? Let me know in the comments. I'll be chatting with all of you.

Segway makes some really interesting electric rideables. Check out these electric skates from my colleague Marta. Or if you want more e-bike videos, check out this playlist right here. Please consider subscribing if you haven't already. We've got great tech videos just about every day of the week. Thanks for watching. See you next time..