– Getting a load of
comments on the channel about what if you change
the size of your wheels on your E-mountain bike? Well, it's a very complex subject but today we're going
to look at the options and what effect it has on your geometry and handling of your bike. (upbeat electronic music) For why, then, would you do it? Well changing wheelsize creates
a different ride dynamic and a different feel to
your E-mountain bike. But, it's important not to
confuse feeling with fact because lot of the time,
the largest 29 inch wheels are actually quicker and
they're certainly quicker when it comes to muddy conditions. Now, if you swap between the
two, between 29 and 27.5, the 27.5 can actually feel
a little bit more lively, a little bot more nervy but
it all comes down to adaption. If you spend a considerable amount of time on the two wheelsizes
you soon adapt to each. Now, we actually spend a lot of time between all the different wheelsizes. For example we've got 27.5 on the Kenevos, 29 on the Levos and
actually a mix of wheelsize, 29 inch up front and 27.5 on the rear of our Canyon Spectrals.

Now one really important question to ask is can your bike actually accommodate a different wheelsize? Now it's important to
look in the chainstay area of your bike, can you
actually fit a 29 inch wheel into a 27.5 inch frame? And if you're going from 29
to 27.5, with bigger tires, can a, say, a 2.8 or three inch tire get inside that chainstay? Obviously you've got the front of the bike to consider as well. Now a lot of the time you can fit a 27.5 wheel into a 29 inch fork, however, can you fit a 29 inch front wheel into a 27.5 fork? It's going to be very very tight. And maybe some manufacturers will frown upon you doing that as well.

Some more important
considerations to think about are your axle sizes, both front and rear. Check they are both compatible. And, more importantly, what happens when the rear suspension is compressed? Now what can happen with some bikes, if you do fit a 29 inch wheel, to a 27.5 inch frame, if you compress the suspension
it will actually touch the seat tube, so the way to find out if there's any contact between
the wheel and the frame is to let the air out of your rear damper or take the coil off your damper and compress the suspension fully, to see if there's any contact, as I said, between the wheel and that seat tube.

(upbeat electronic music) In general then, 27.5
wheels will feel more nimble and nervy than 29. Which in turn will feel more stable and roll through rough ground faster. But essentially it's only a feeling and most riders can adapt to either wheelsize pretty quickly. Which can also be said for the mix and match wheelsize option. It all comes down to geometry. Now a lot of time a bike
is actually designed to suit one wheelsize, yes,
it can accommodate a bigger or smaller wheel, but the suspension and the geometry is actually tuned to work for that bike. However it can be done, and it can work in certain situations. Right then, so what are your options in terms of wheels? Right, you've got 27.5, you've got 29. And on our Canyon Spectral:ON we have 29 inch front and 27.5 rear. And remember, the first world cup downhill of the year was won by Loic Bruni on that mixed wheelsize,
mullet style bike.

Right then, so what
actually will be the effect to the geometry if you swap
wheelsizes between your bikes? So let's start off with, say,
an average 150 mil travel bike with 29 inch wheels fitted to it. It'd have, say, a 338
millimeter bottom bracket with a 67 degree head angle. Now, the first thing you
need to think about is what the characteristics of
those wheels are going to be, 29 inch wheels generally roll faster, they definitely roll faster
over square edge hits, you might be over jumping stuff. They would require
different braking points in corners and are really
good in wet conditions. Now what's going to happen, then, if you swap out that rear wheel for a 27.5 and leave the 29 inch wheel up front? Well as I mentioned earlier, Loic Bruni won the first
world cup downhill of the year with this mullet style set up. However there's lots of
things to take into account if you're doing this,
the first thing depends on actually the size of the
tire you fit on the rear.

Because, you can actually have between a five and 10
millimeter difference just between tire choice alone. However, on average, you can
expect the bottom bracket to drop between six to 10 millimeters and that head angle to go from, say, 67 which we had on the 29 inch wheels, down to about 65, 66 with the smaller inch wheel on the back. It can have a big impact on the handling of the bike as well. You go into to corners,
that low bottom bracket can definitely help you get
round the corners quicker, and because of the smaller back wheel, you're going to probably
get into the tighter corners that little bit faster. Right, this is where things
get a little bit confusing. Now what if you swapped
to 27.5 front and rear? Because if you do that you can expect, up to 15 millimeter drop
on the bottom bracket which is actually really significant. 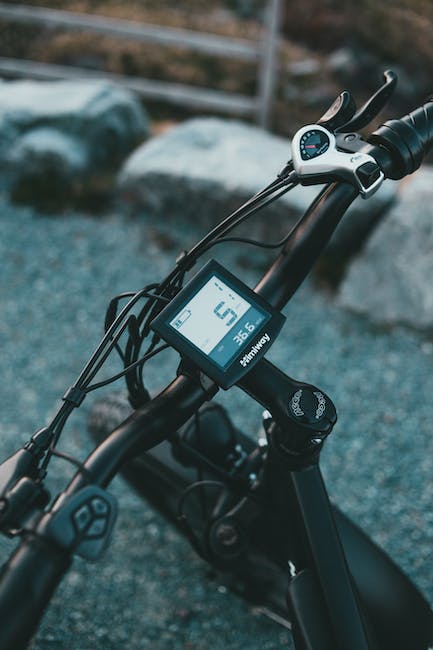 But again, it depends on that tire. Now if you, for example,
put a 2.4 tire on the back, and a 2.8 tire up front, that's going to give you
a slightly tilted ride but the head angle's not
going to be quite as extreme as if you'd have done
that with the 27.5 back and 29 inch wheel front. When it comes to riding,
that 2.8 front tire's really going to be a
benefit when you're riding, rough worn out trail
centers and in general, you're going to get a
really balanced ride.

And that bottom bracket,
it's 325 on average, is going to be absolutely
lightning through the corners. Now, in our final example we've actually swapped
27.5 front and rear. And we've put 2.8 tires on
both front and rear as well. The good thing about the 2.8 tire is that they provide
really good cushioning, especially when you're on
those blown out forest trails. And, of course, you've
got that great traction from the big rear tire. The impact on geometry, now remember, all these are examples, they're averages of what you might expect
if you change wheelsizes and tire sizes, so, we've actually now gone from a
338 millimeter bottom bracket and a 67 degree head angle on the 29, down to 328 millimeter bottom bracket and a 66 degree head angle
on this 27.5 with 2.8 tires. So, again, you've seen a
lowering of the bottom bracket but the head angle is actually quite close to how it was with the
29 inch wheels on it.

So, it's actually quite close
to the 29 inch wheel bike, which is quite different to
what a lot of people think. So there you go, a minefield of numbers and head angles to deal with if you're changing the wheelsize
on your E-mountain bike. Let alone all those
different tire combinations and tread patterns. Now as you can see, my numbers went down to 325 millimeters and if
you want to compare that to say, a non E-bike, look at the current 2019
Specialized Stumpjumper which is 150 mil travel. And a lot of the E-bikes we ride are 150 mil travel. That has a 328 bottom bracket
for the 29 inch version and a 324 millimeter bottom bracket for the 27.5 inch version. So, the numbers are pretty
much in the ballpark. If you look at our Specialized
Levos at the moment, they're 347 millimeter bottom bracket, sorry to bombard you
with all these numbers but as you can see, at 347
you can easily drop down to a 27.5 wheelsize there
and go down to about 340 mil on the bottom bracket. (upbeat electronic music) What then, is too low? Well, we seem to be in an era where different brands
are working things out when it comes to E-bike specific geometry.

Things such as the chainstay, if you look at the Rocky
Mountain Powerplay, 420 mil chainstay, Mondraker
Level, 480 mil chainstay. And that's going to have a big effect on the dynamic handling of those bikes. What, then, about bottom bracket? Now, everyone's thinking at the moment, what is the optimum bottom
bracket on an E-bike? Our Levos, like I said, it's 347. But that's actually quite
low compared to, say, Ducati, with a 465 millimeter
bottom bracket height. Obviously you could swap
out the 29 inch wheels for a 27.5 on that particular frame. So, the general message here is actually to look at your
own individual E-bike geometry and see if it can be modified
by changing the wheelsize. And I hate to say it, but, some bikes can actually be improved by changing the geometry. But, make sure you've got that space, for example you've got a 320
millimeter bottom bracket on a 150 mil travel bike, then clearly, you will not be able to
go from 29 inch wheels to 27.5, 'cause the bottom bracket will simply be touching the ground.

And we can actually include
that low bottom bracket into our summary about changing wheelsizes and how it affects the dynamic
handling of your E-bike. First of all, cornering. Now, low brackets in general mean you're going to
corner far more efficiently than high bottom brackets. So what happens when it comes to climbing? Now, if you remember earlier, we mentioned we had a
27.5 wheel on the rear and a 29 inch wheel on front. That's going to lead to a more
downhill specific geometry on that bike, and what it does, it creates a rearward weight bias which can affect the way
you climb your E-bike. So you might need to do such things as lock out the shock on your bike or, as I mentioned, if your bike has a really steep seat tube angle, then it might be quite good anyway. And when it comes to that
all important descending? Now, we know that 27.5 inch
wheels descend really well. That's assuming the geometry
on the bike is really good, but what if you go for
the larger 29 inch wheels? Well, I think when you move to them it comes down to you as the
rider, how high you are.

Because some short riders
actually have problems, with their bums touching the back wheel when it comes to the steep descents. And finally, don't forget that if you do change your wheelsize then maybe you'll need
to reconfigure your motor on your E-bike as well, which you can do in the settings and it all depends on the
brand of bike you have. So there you go, wheels, wheelsizes, tires, different tread patterns, it's a world there to be explored. If you want to see more about geometry, there's a video on E-bike
geometry explained. I really want to know what you guys think about changing wheelsizes,
any questions you have, so please leave them
in the comments below. Don't forget to give us thumbs
up if you liked the video, hit the globe to subscribe..