Home Electric Bikes Why drive when you’ve got this? RadRunner E bike review

Do you ever find yourself going somewhere and it's just a little too far to walk, but close enough that driving seems like a waste. Or, you just want to get a little more exercise out in the fresh air but jogging is too ambitious? Enter the Ebike. I haven’t ridden or owned a bike in over 25 years … unless you count a stationary bike. So what made me suddenly decide to pick up a RadRunner Ebike for myself, and should you consider getting an Ebike, too? I’m Matt Ferrell …

Welcome to Undecided. Even before the pandemic I had been working from home for a year or two, and I drive far less than I used to. Going from 12,000 miles a year to something closer to 6,000. A lot of my quick errands aren’t far from my house, so I wanted something small and quick for those kind of tasks. Why take a car out if I’m just running to the post office or picking up some lunch? It’s a trend that’s been picking up steam in the US, but has been commonplace in other areas of the world for a long time now. But a bike isn’t just about getting around town quickly and easily, it’s also a way to get me OUT of the house. Getting out from time to time to enjoy the outdoors, get some sun, and some exercise …

Which as you can tell is not something I’m known for. This is a body carefully crafted from sitting on a couch for decades. Now, I’m not planning to do mountain trails or high speed recreational style riding. When I started looking into an Ebike, I was looking for something that was a cross between a commuter bike and utility bike. Something that had built in supports for baskets or bags when running errands. Something that had tires that could handle a variety of terrains. Something that may not be the speediest of bikes, but would get me around town with ease … and without breaking the bank. That’s why I landed on Rad Power’s RadRunner Ebike. It has all of the basic features you’re going to want, but at a great price compared to what you typically see for an Ebike. At the time of making this video, the bike starts at $1,199 and comes in black or forest green. The RadRunner is a class 2 Ebike, which if you don’t know about the different classes, there are 3 – and all are limited to 1 horsepower (750W): Class 1 – Motor that kicks in only when you pedal, and stops helping at 20 mph.

Class 2 – Same pedal assist up to 20 mph, but also has a throttle powered mode. You don’t have to pedal. Class 3 – Same pedal assist as class 1, but maxes out at 28 mph. Massachusetts, where I live, doesn't require Class 2 bikes to be registered, so be sure to check the rules and regulations where you live before buying an Ebike. The RadRunner is a single-speed drivetrain with a hub-based motor. There are Ebikes with multiple gears and mid-motor designs (the motor located between the pedals instead of the wheel hub), but there are trade offs to each. It really depends on what you’re looking for in your Ebike. With a single-speed design, there’s less maintenance without gear shifting.

And the same is true for the hub-based motors. There’s generally less maintenance with the single gear design, as well as less wear on the chain when your cruising along with the throttle because the hub motor is spinning the wheel itself. The chain isn’t being used. Because I was looking for a more utilitarian, commuter-style bike, a hub-based motor was perfectly fine for me. And the single speed was also a non-issue, since I would most likely be leaning on the electric motor if I was at high cruising speeds. That leads me to the basic specs of the bike. It has a 750W hub motor with 80 NMC of torque, which as I mentioned earlier is the max Watts allowed. It comes with a 48V, 14Ah lithium-ion battery, which is rated to get 25-45 miles per charge. That’s obviously going to vary depending on how much weight you're carrying, how much pedal-assist or throttle you’re using, and the terrain. Charging it up takes 5-6 hours if it’s fully depleted, so if this is a daily commuter bike you’d most likely want to top it off every night. Not a big deal since the battery is easy to remove and take with you.

Just insert the key, turn it all the way to the left, and lift off. Reinserting it is just as easy. Once it’s back on just twist the key to the middle position to lock it in place, or all the way to the right to turn it on. The 20” x 3.3” tires are custom made for Rad Power and are a ceramic particle reinforced tire from Kenda, which is designed for extra protection against things like thorns, glass, and other items that you might come across while riding. To keep costs down, Rad Power simplified the controls to an LED control panel that shows you the charge of the battery, the pedal assist level, and headlight control.

It’s barebones, but gets the job done. You can buy an upgrade to an LCD panel that will also show you things like your speed, but this is a great area to cut back on costs without compromising on quality. The built-in headlight and tail light are also nice touches. The headlight isn’t the brightest light out there, but it offers decent coverage. And the brake light automatically activates anytime the brakes are applied. Speaking of which, the disc brakes on the bike are very responsive and have a lot of stopping power. They feel very high end. There’s a twist grip throttle on the right handle, which is easy to grip and control while riding.

You can use this from a cold start, to take over at cruising speed, or to get some extra help going up a large hill. Rad Power ships direct to customers, so keep in mind that you’re going to have some assembly. I’m not the kind of guy that’s going to build his own house, but I’m fairly handy. Putting it together took me about an hour … 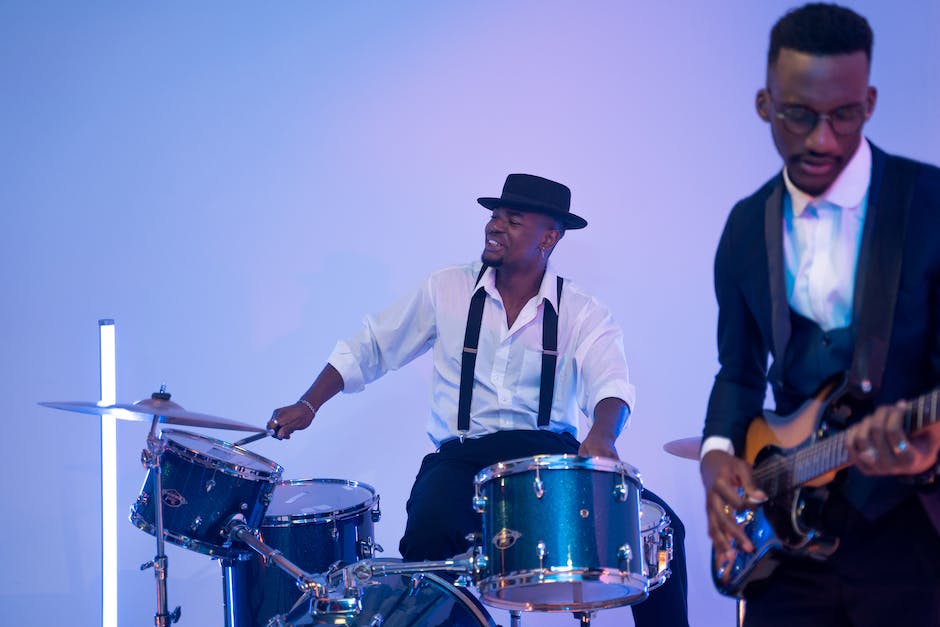 And that was me taking my time and double checking everything. The great part is that Rad Power includes everything you need in the box, including the tools. Granted, it’s just basic hex keys and a screw driver, but you’ll have the basics. Still it’s probably a good idea to pick up a torque wrench for yourself, so you can really ensure that you're not over-tightening things. But you could also have a local bike shop put it together for you. This isn’t the kind of bike you’ll be tossing into the trunk of your car. Although, I might be able to fit it into my Model 3 … I don’t care to give it a try. It’s a big boy clocking in at 65 lbs and feels like it can really take some abuse. The RadRunner really does feel like it can stand up to pretty much anything and will last for a very long time. It’s more on the utilitarian side of things for looks, but I do think it looks pretty nice.

There’s a lot of options for accessories when customizing your own. I ended up getting the base model and adding some fenders (https://www.avantlink.com/click.php?tt=cl&merchant_id=3ea584b8-942d-4804-bba4-365e395d607b&website_id=26b5d231-960c-4880-9ba8-4aedf97f1c05&url=https%3A%2F%2Fwww.radpowerbikes.com%2Fcollections%2Faccessories%2Fproducts%2Fradrunner-full-fenders). Between the larger tires and the fenders, the bike looks like a moped at a glance …

Especially if you add some of the accessories like the center console. In fact, the number of accessories and ways that you can customize the bike was another big selling point for me. But how does it ride? In three words: it’s a blast. The larger diameter tires make for a comfortable ride on hard surfaces like roads or sidewalks, but can also handle off-road traction with ease. The lack of suspension shows though when you hit uneven surfaces. If you reduce the tire pressure slightly, you can offset some of that. However, the biggest culprit in bumpy road comfort is the seat. You can only adjust the seat up and down with no way to adjust the seat slightly forward or back. It’s also incredibly stiff and flat, so my boney backside wasn’t too thrilled with it. This is my one big complaint with the bike. But that may not be true for you … some may find that it works for them just fine. There are two easy solutions to this: 1) get the optional passenger seat package for $99, which is very thick and padded. You can shift yourself back onto that seat and be in more of a forward leaning position, which some people find more comfortable.

They sill haven’t arrived, but they should also make a big difference for longer rides or bumpy surfaces. The seat can also be adjust slightly for angle and the horizontal alignment above the seats. What about power and handling? The single gear is both nice and a little frustrating. It does keep the mechanics and upkeep simple, but means you have no control over how fast the rotation is for different speeds. At high speeds, you’re going to be pedaling very fast to keep up that momentum. With pedal assist turned on, you don’t have to worry about the effort needed, but it’s still some very fast pedaling. It’s not a big complaint for me because I usually just kick on the throttle when at a fast cruising speed and let the bike do the work. Remember: couch-crafted body here. When using pedal assist you’ll notice that it isn’t instantaneous. There’s a slight delay, which reminds me of turbo lag in a car.

You’ll usually notice it kicking in between 1/2 – 1 pedal cycle, which isn’t bad at all. And when it does kick in, it’s very smooth and not jerky or alarming at all. It’s actually kind of fun. Using the throttle control on the handle bars does work surprisingly well from a cold start. It’s not ludicrous mode in a Tesla, but it has a surprising amount of torque and can get you up to speed quickly. Overall, this bike feels like it’s built like a tank and can take a beating. Even the dual leg kickstand feels incredible. Everything that’s core to this bike feels like quality, which is what makes the price so crazy compelling.

Every other bike I was looking at that fit my criteria was hundreds, if not thousands more than this. Where Rad Power cut costs are all on items that are less essential and easily upgradable if you want. Everything from the headlight to the power control panel is swappable. Add to that all of the customization options with racks, baskets, center consoles, kid seats, and fenders … you can really make this bike fit whatever need you’re trying to fill. I’m really happy with this bike … especially since it’s helping to get me off the couch. If you’re interested in the RadRunner, I’ve got a link in the description. If you liked this video check out one of my other reviews that I’ve got linked to here. Jump into the comments and let me know if you’ve got an Ebike and what you think. And as always, thanks so much for watching, I’ll see you in the next one.